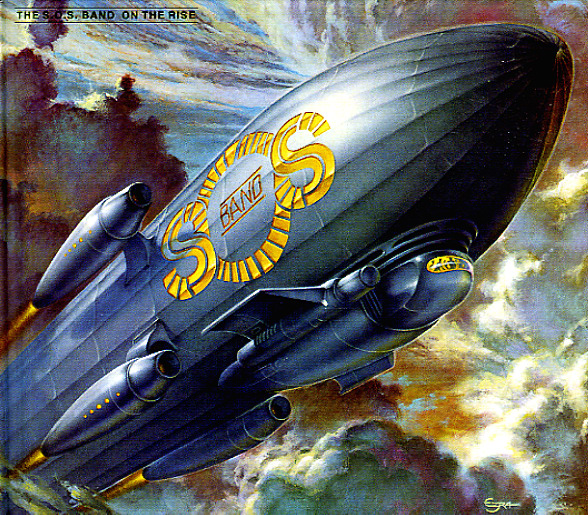 On The Rise (plus bonus tracks)

Sweet sweet grooves from the SOS Band – definitely on the rise at the time, but still sounding great, with all the best elements of their early work firmly intact! The core group are very much at home in the studio – and have this cohesive sound that really comes through right away – leading off with some big numbers produced and arranged by the team of Jimmy Jam and Terry Lewis – a few of which really pushed up the charts – then stepping into some of their own production work with help from Gene Dozier, who definitely brings more of a funky feel to the proceedings! Lead vocals are mostly handled by Mary Davis, but a few tracks feature Abdul Ra'oof up front – and titles include "Just Be Good To Me", "Tell Me If You Still Care", "For Your Love", "If You Want My Love", "On The Rise", and "Steppin The Stones" – plus "Just Be Good To Me (vocal rmx)", "For Your Love (expanded rmx)", and "Tell Me If You Still Care (inst)".  © 1996-2023, Dusty Groove, Inc.

What's Going On (original Detroit mix)
Motown/Universal (Japan), 1971. New Copy
CD...$13.99 16.99 (LP...$79.99, CD)
One of the few cases in the history of pop music where the record is worth all the hype! Marvin blew everyone's mind when he unleashed this amazing suite of political soul tunes – not only just because he'd moved past the simple love songs of earlier years, but also because he was working ... CD