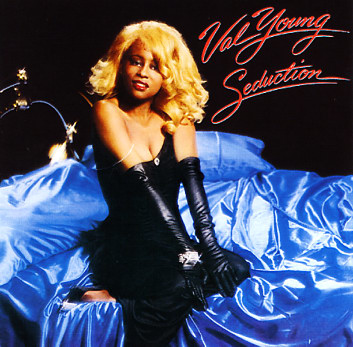 A lost little gem from the Rick James camp – a bit obscure, despite the fact that Val's a former Bride Of Funkenstein! Val's not as well known as some of the other artists that Rick James worked with back in the 80s – but given her resume, she's got a solidly soulful sound that works perfectly with the hook-heavy tunes on the set! The style's a great blend of 80s groove and some of the more mainstream soul modes of the time – bouncy little tunes that are heavy on keyboards and rasping guitar – served up with a tight sound, but still a few shades to the left of chart soul – in a way that keeps things pretty darn fresh throughout! Rick James "conceived" the album, and arranged, produced, and mixed a number of tracks – and titles include "Mind Games", "Seduction", "Make Up Your Mind","Tellin' Me Lies", "If You Should Ever Be Lonely", and "Come Hang Out".  © 1996-2022, Dusty Groove, Inc.

Zulema (Sussex)
Sussex/Octave (Japan), 1972. New Copy
CD...$19.99 24.99
Mighty righteous work from Zulema – a singer who steps right out of the gate with a rich, full sound on this tremendous debut album – the kind of record that makes it seem as if she's going to become one of the most powerful forces in female soul for the 70s! Zulema draws on the new ... CD

Soulful Strut
Brunswick/Solid (Japan), Late 60s. New Copy
CD...$16.99 19.99
A funky soul instrumental classic – all the way through! The team of Eldee Young and Redd Holt first came to prominence with Ramsey Lewis' first Chicago trio, then branched out on their own as a jazz act – but by the time of this set, they'd picked up a hipper, funkier late 60s sort of ... CD