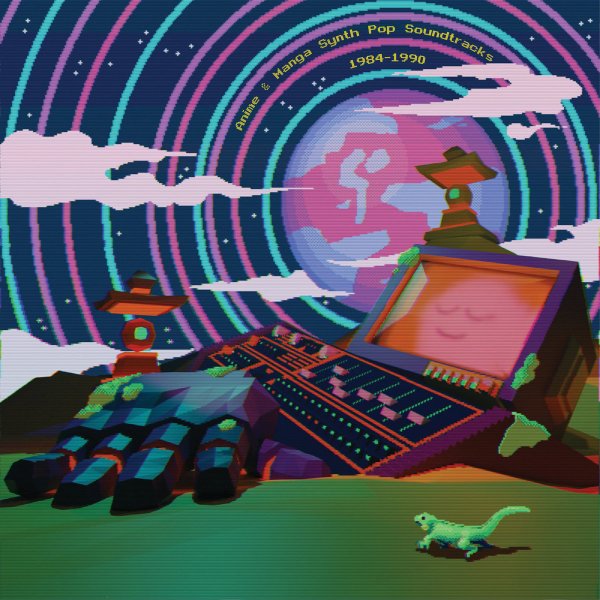 There's plenty of keyboards, beats, and electronics here – a whole host of sounds from a new generation in Japanese music – one that had learned from the more experimental styles of a few years before, but who were able to weave things into more tuneful modes for a variety of animated projects! The cuts here are all pretty catchy, and share a bit with the city pop generation – but are much more electronic overall, and without vocals either which allows for plenty of focus on the keyboard lines and other instrumentation in the mix. Most are upbeat and have an 80s electro soul sort of groove – and titles include "Ryoko's Theme" by Keiichi Oku, "Into The Jungle" by Yoshinobu Hiraiwa, "Act 2 Scene 26" by Kazuihko Izu, "Shadow Rhythm" by Ichiro Nitta, "Honowo" by Kan Ogasuara, and "Kiki" by Nobuyoshi Koshibe & Takashi Kokubo.  © 1996-2023, Dusty Groove, Inc.