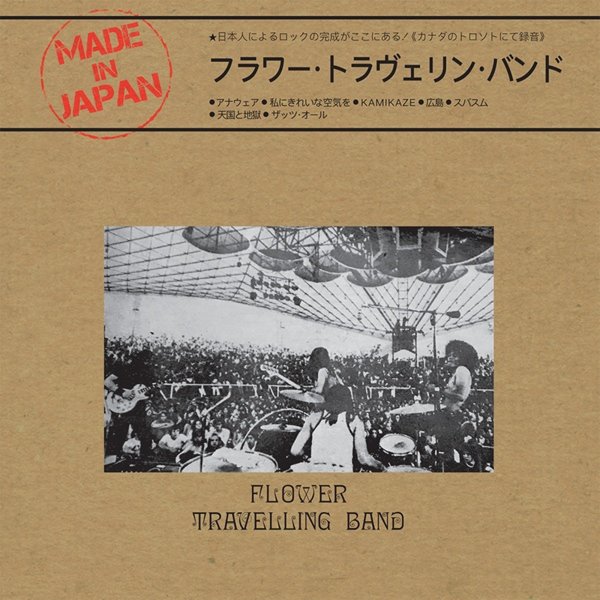 A classic record by this important Japanese band, and one that was actually made in Canada, despite the title – at a time when the group were visiting, and managed to create this wonderful record with a very relaxed, organic vibe! Vocals are in English, and lead singer Joe Yamanaka has a style that's unlike anyone else we can think of – not afraid to really run up with expressive passages when needed, but also sometimes nestled right down next to the fuzzy guitar and heady bass – which occasionally have echoes of some of the new hard rock modes of the UK, but with more of a sense of space between the notes, which Joe is more than happy to fill in a really great way! Guitarist Hideki Ishima also plays a bit of sitar – and titles include "Spasms", "Heaven & Hell", "That's All", "Hiroshima", "Aw Give Me Air", "Kamikaze", and "Unaware".  © 1996-2022, Dusty Groove, Inc.

Psychedelic Sounds in Japan
Victor/Life Goes On (Italy), 1968. New Copy (reissue)
LP...$27.99 29.99
The album gives away its sound with the title, but that's only the tip of the iceberg – as these psychedelic sounds have a vibe that's very much their own – one that's partly from the Japanese language lyrics of some tracks, and accented phrasing of some others – but also from the ... LP, Vinyl record album