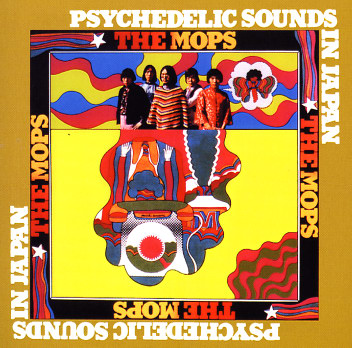 The album gives away its sound with the title, but that's only the tip of the iceberg – as these psychedelic sounds have a vibe that's very much their own – one that's partly from the Japanese language lyrics of some tracks, and accented phrasing of some others – but also from the way the group really pushes things over the top, at a level that seems to herald the coming Japanese decades of experimental guitar from a host of other artists! At times, the songs are familiar echoes of Anglo modes, but at others they have a really unique vibe – and even the catchy tunes have a way of finding their own currents of darkness. Titles include "Asamade Matenai", "San Francisco Nights", "I Am Just A Mops", "The Letter", "Blind Bird", "Somebody To Love", "White Rabbit", "Light My Fire", and "Kienai Omoi".  © 1996-2022, Dusty Groove, Inc.