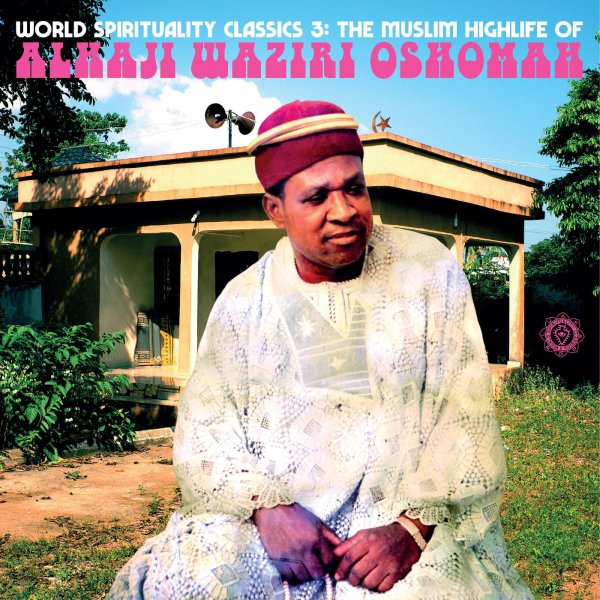 Also available
Alhaji Waziri Oshomah — World Spirituality Classics 3 – The Muslim Highlife Of Alhaji Waziri Oshomah ... CD 13.99
The Nigerian scene has given us plenty of music over the decades – and while the scene in the 70s was best known for heavy funk and crossover club, it also really resonated strongly with some new spiritual currents as well! One of the shining stars of that moment was Alhaji Waziri Oshomah – a singer who managed to weave together contemporary rhythms and deliver a timeless message – so much so that the vintage tracks here still have a tremendous amount of power, and themes that still resonate strongly in the 21st Century! Instrumentation is heavy on rhythms, riffing guitars, and keyboards – and the vocals of Oshomah ring out strongly with a rough-edged power that really brings the whole thing down to earth. The whole thing is maybe the most powerful set that Luaka Bop has given us in years – and titles include "Jealousy", "Omhona", "Alhaji Yesufu Sado Managing Director", "My Luck", "Forgive Them Oh God", and "Ovini Omoekeke Ahalji Inu Umoru".  © 1996-2022, Dusty Groove, Inc.