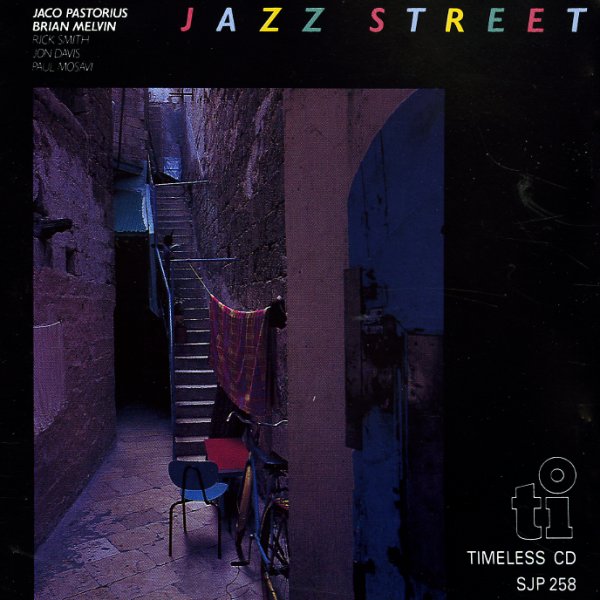 Tight funky 80s fusion from the team of Jaco Pastorius on bass and Brian Melvin drums and drum programs – both working in a very electric mode that fits the spirit of the time! Pastorius gets in plenty of great lines – both lead and solo – and his work here is kind of an update of the fusion modes he famously explored with Weather Report in the 70s, tuned towards technologies of the next decade, and mixed with contributions from Rick Smith on saxes, Jon Davis on keyboards, and Paul Mousavi on guitar! Titles include "Jazz Street", "No Slack", "Miles Mode", "May Day", "Drums Of The Yadzarah", and "Wedding Waltz".  © 1996-2023, Dusty Groove, Inc.
(Individually numbered limited edition of 1000 – on heavyweight turquoise vinyl!)