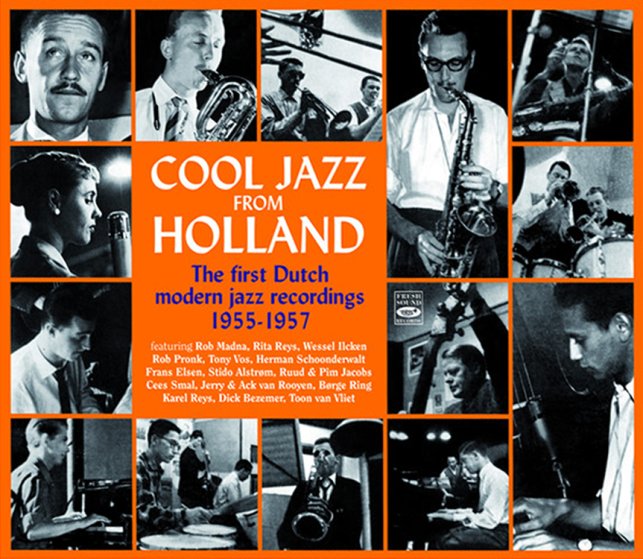 A massive amount of music from the Dutch jazz scene of the 50s – a surprising hotbed of modern jazz, and a European spot that rivaled some of the new creations that were also emerging in Sweden and France! There's a mix of modes going on there that moves between California cool and New York modern – and most groups are small combos, with great players in the lead – quite a few who would go on to help shape the sound of jazz in the Netherlands strongly over the next few decades! Some of this material's been out on CD before, but this is the first full comprehensive set to look at the generation – pulling together tracks from the Jazz Behind The Dikes albums, and quite a few very rare 7" EP releases – the dominant format for the scene at the time. The package comes with a huge booklet of notes, and features 52 tracks in all – with recordings by the Tony Vos Quartet, Rob Madna Quartet, Rob Pronk Trio, Wessel Ilken Combo, Stido Alstrom Trio, Herman Schoonderwalt Septet, Frans Elsen Quartet, The Diamonds, Pim Jacobs Three, and even singer Rita Reys.  © 1996-2022, Dusty Groove, Inc.