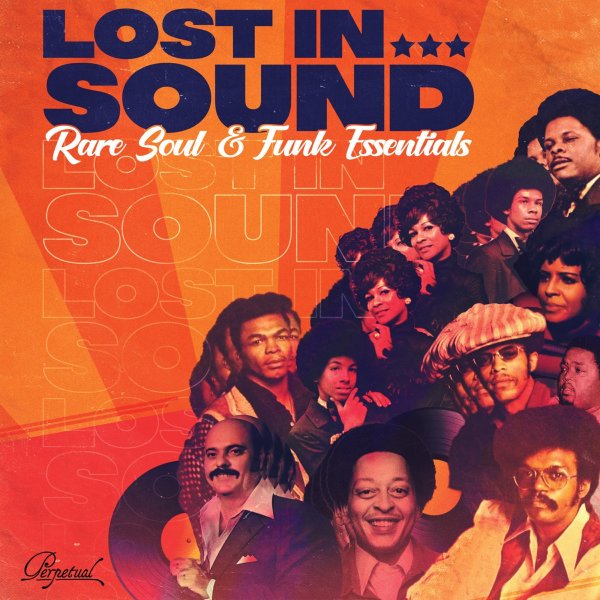 Also available
Various — Lost In Sound – Rare Soul & Funk Essentials ... LP 19.99
A really well-done collection – filled with enough funky gems to grab the ears of any sample-conscious listener, but also packing plenty of unusual numbers too – including a few Latin tracks that fit in perfectly with the spirit of the sound! A number of these cuts have definitely been sampled over the years – but as is always the case, the fuller tracks are often a lot more interesting than the riff or drum part that was taken from them – and together, the titles here show that there's always plenty to dig when you know how to dig deep – as you'll hear on titles that include "Home" by Gloria Barnes, "I'm Moving On" by Chyvonne Scott, "Natural Beauty" by LJ Waiters, "Afro Funky" by Manteca, "Something Bad" by The Chosen Few, "What Happened To Yesterday" by Al Scott, "Los Feligreses" by Luis Santi, "Every Boy & Girl" by Lee Moses, "Man Of Value" by Tyrone Barkley, "I'm Sorry I Hurt You" by Nat Phillips, and "Cookie Crumbs" by Ray & His Court.  © 1996-2022, Dusty Groove, Inc.