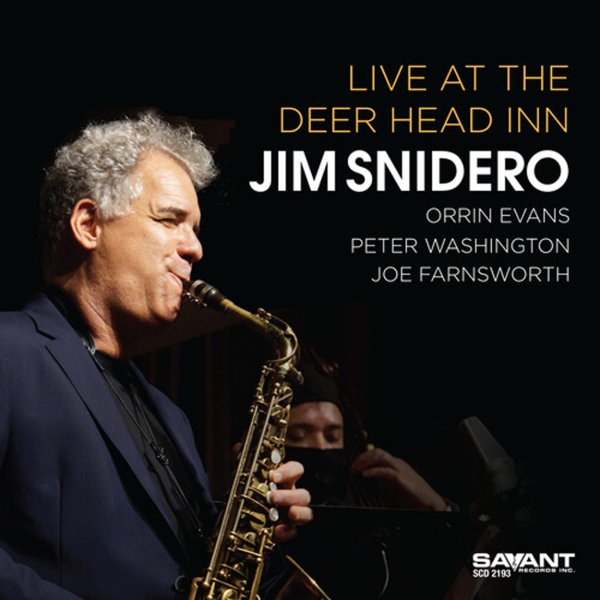 Live At The Deer Head Inn

Alto saxophonist Jim Snidero has a hell of a rhythm section on this recent live date – Orrin Evans on piano, Peter Washington on bass, and Joe Farnsworth on drums – a trio who really set things on fire, right from the very first note! It's great to hear the three players working together with each other here – as they all seem to bring out different qualities than you might hear otherwise – especially Evans and Farnsworth, who seem really moved by the presence of the always rock-solid Washington! Snidero's great too – crafting these sharp lines on alto that link back to an older hardbop mode, but also have plenty of his own personality too – often the fullness and fluidity you might expect to normally hear from a tenor. Tracks include "Idle Moments", "My Old Flame", "Yesterdays", "Now's The Time", "Autumn Leaves", and "Bye Bye Blackbird".  © 1996-2022, Dusty Groove, Inc.
(Punch through barcode.)