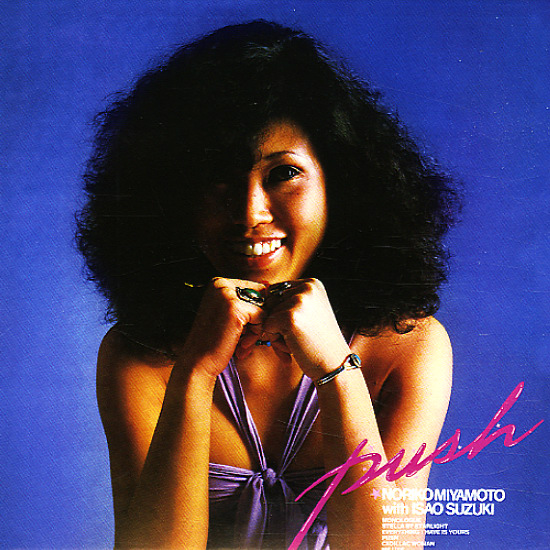 Also available
Noriko Miyamoto with Isao Suzuki — Push ... LP 39.99
Warm jazz vocals, and some great instrumentation too – thanks to work from the sublime 70s bassist Isao Suzuki! Singer Noriko Miyamoto's on the cover, but the album's got the same great glow as Isao's other albums of the decade – a really refreshing approach to jazz arrangements, with the bass used sometimes to underscore gentler flows, sometimes more forceful as a lead instrument – always with the freshness we've come to expect from Suzuki! Noriko really soars at times – hitting a dynamic groove on the album's originals by Isao – "My Life", "Cadillac Woman", and "Push" – all really unique numbers that rank with the grooviest Japanese jazz vocal work of the time. The set also features an instrumental version of "Stella By Starlight", and the original "Monologue".  © 1996-2023, Dusty Groove, Inc.