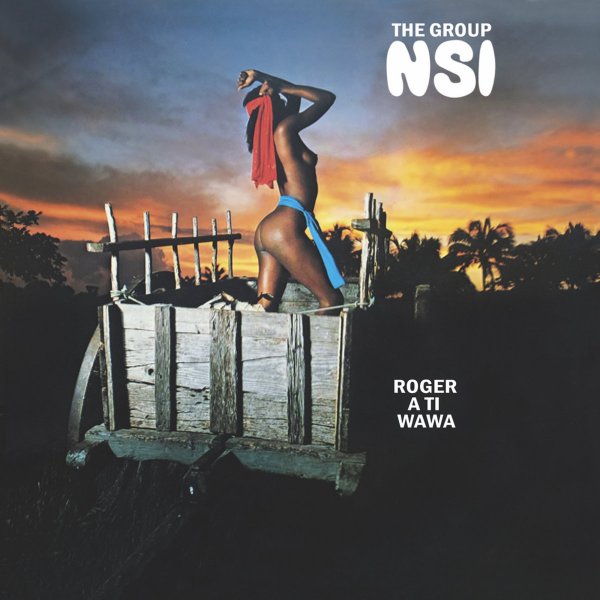 NSI stands for "new sounds from the islands" – and that's definitely what you'll get here from this combo who serve up a fantastic blend of Antilles rhythms and contemporary club funk – all very much in the best spirit of the early zouk movement at the time! There's lots of great bass on the record – often used as the key core element of the tunes, with keyboards, guitar lines, and vocals layered alongside – almost with a quality that seems to echo the way that American groups were borrowing bits from the Caribbean and using it to inflect funk and soul up in the New York scene of the early 80s. The music is plenty playful, and very groovy – and titles include "Turn Your Face On Me", "Steel Ka Dance", "Oui Ce Yes Roger A Ti Wawa", and "Moin Epi Vou".  © 1996-2022, Dusty Groove, Inc.

Peace & Harmony
Samba/Isle Of Jura (Netherlands), 1979. New Copy (reissue)
LP...$24.99
Bubbling grooves from Nigerian singer Harry Mosco – an artist who's holding his guitar like a blues musician on the front, but who comes across here with a sweetly gliding groove that's similar to some of the best TK Records club work of the time! In addition to his own vocals and guitar, ... LP, Vinyl record album