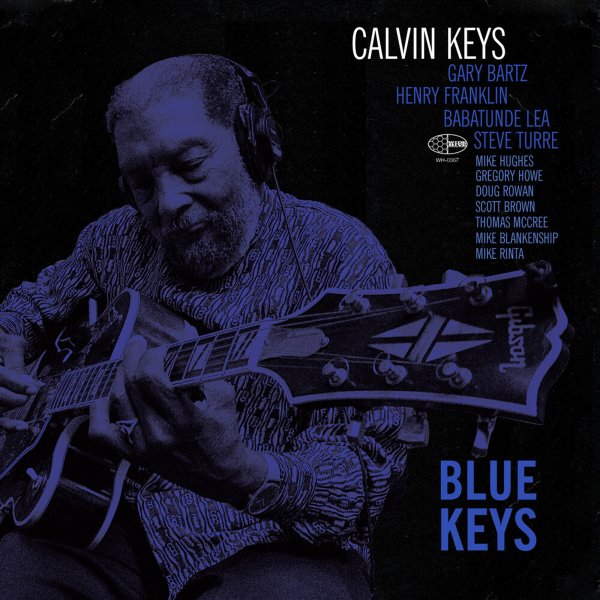 Guitarist Calvin Keys has really been going strong in recent years, but this album may well be one of the best he's given us in the past decade or so – in part because he's opened the door to some really fantastic guest work on the session! In addition to Calvin's own distinctive guitar lines, the record also features key contributions from Gary Bartz on alto, Steve Turre on trombone, Henry Franklin on bass, and Babatunde Lea on congas – all essential players who rose up in the same generation that gave us Keys' initial recordings, and who really make some great magic here when they get a chance to solo! Other players include some more familiar names from the Wide Hive scene – including Gregory Howe on organ and piano – and titles are all originals by Keys, Franklin, and Howe – with titles that include "Six To Seven", "Blue Keys", "Bk 18", "At Arrival", "Ajafika", and "Peregrines Dive".  © 1996-2022, Dusty Groove, Inc.

Shawn-Neeq
Black Jazz/Real Gone, 1971. New Copy
CD...$8.99 13.99
A stone classic on the Black Jazz label – and one of the most unique guitar albums ever! We're not sure what the title meant originally – but over the past few decades, it's come to stand for some heavy heavy guitar work from the legendary Calvin Keys – a record that's really ... CD