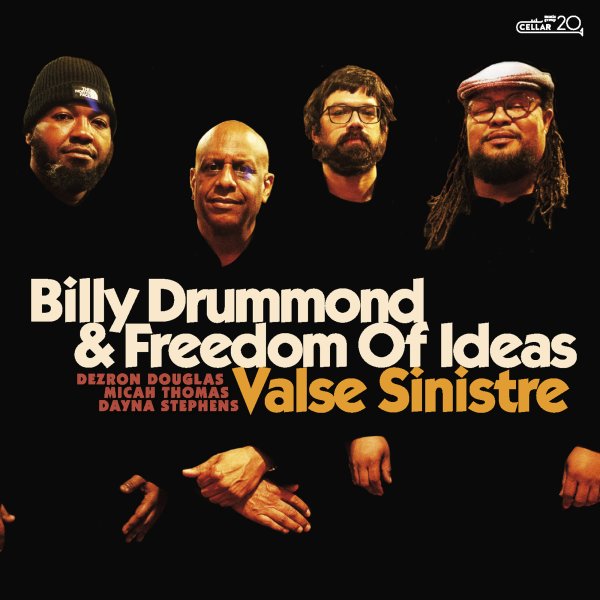 A roaring quartet session from drummer Billy Drummond – one that starts with a great take on one of our favorite Jackie McLean tunes of all time, then continues to soar through a fantastic batch of material! Drummond is perfectly matched with drummer Dezron Douglas, and the two seem to pulsate as one – with Douglas' warmth bringing even more to Billy's drums than usual – cut through by the sharper saxophone lines of Dayna Stephens, as he mixes fire and soul – and punctuated in all the right ways by pianist Micah Thomas. This isn't a standard quartet session at all, and we mean that in the best way possible – as the group makes their way through tunes that include "Little Melonae", "Reconfirmed", "Clara's Room", "Valse Sinestre", "Never Ends", "Frankenstein", and "Changes For Trane & Monk".  © 1996-2023, Dusty Groove, Inc.