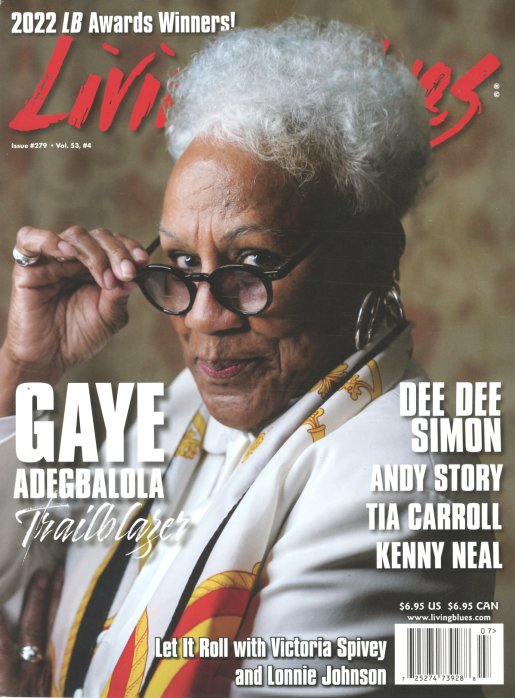 Gaye Adegbalola got her start in Saffire – but as the large cover feature attests, she's been an important female force in blues long after the breakup of that seminal group! The issue also has another female blues feature on Cali's Dee Dee Simon – and more on guitarist Andy Story, singer Tia Carroll, and a look at Victoria Spivey and Lonnie Johnson recording together for Okeh Records in 1928! Plenty more too – including record reviews, radio charts, and blues news – plus the 2022 Living Blues award winners!  © 1996-2023, Dusty Groove, Inc.