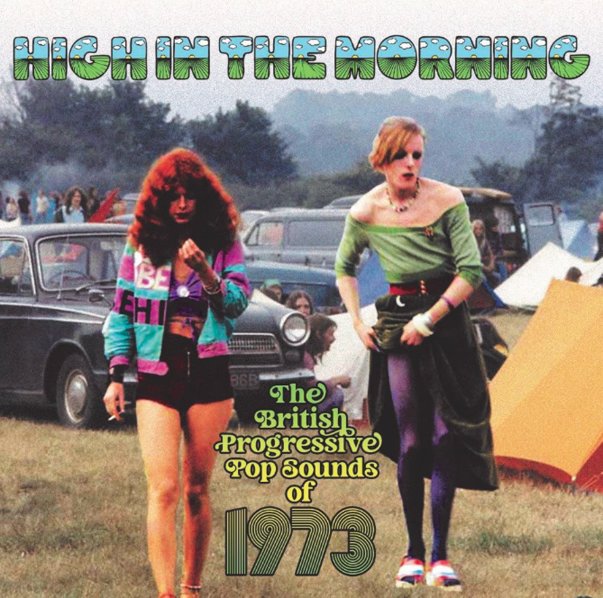 A killer set, and one that's way more than the just the pop or prog you might guess from the title – as the 65 tracks in the huge package really do a great job of showing the many different strands of music that were flowing through the British scene in 1973! There's definitely some shorter, catchier tunes by acts that might sometimes spin out album-side jams – but the range of material here also includes some older artists hipping things up, new glam-styled acts who would transform music in years to come, and even some groups who started in more blues rock territory, sounding a heck of a lot hipper here! As with all the fantastic 3CD collections on the Grapefruit label, the mix of music is fantastic – songs we never would have thought to put next to each other, and a heck of a lot more we never heard before – all presented with really detailed notes on every single artist. Features work by Tucky Buzzard, Jade Warrior, Sensational Alex Harvey Band, Nazareth, Roxy Music, Caravan, Kevin Coyne, Al Stewart, Hawkwind, Badfinger, Writing On The Wall, Streak, Pink Fairies, Kingdome Come, Libido, Ithaca, Rupert Hine, Greenslade, Reform, The Kinks, Byzantium, Paul Brett, Stealers Wheel, Rococo, Spirigyra, and many others!  © 1996-2023, Dusty Groove, Inc.

Tinkerbell's Fairydust (with bonus tracks)
Decca/Grapefruit (UK), 1965. New Copy
CD...$14.99 22.99
An album that's gone on to be the stuff of legend over the years – even though the original pressing of the record likely never made it out of the factory! Tinkerbell's Fairydust have this great way of blending harmony pop of the mid 60s with some of the trippier touches of the end of the ... CD

Summer Is Icumen In – The Pagan Sound Of British & Irish Folk 1966 to 1975 (3CD set)
Grapefruit (UK), Late 60s/Early 70s. New Copy 3CD
CD...$29.99 39.99
Weird work from the Wicker Man generation – that moment in British music where it often seemed like the spookiest sounds could come from the past – as you'll hear here in a huge batch of music from the acid folk revival years! Instrumentation on these tracks is mostly acoustic, but ... CD

Beach Baby – The Complete Recordings (3CD set)
Grapefruit (UK), Early 70s. New Copy 3CD
CD...$26.99 38.99
An insane package of work from this wonderful British group – a studio pop creation who stormed the charts with one huge hit, but also recorded some really great overlooked material! The style of First Class is a brilliant extension of the sound of American harmony pop of the 60s – and ... CD