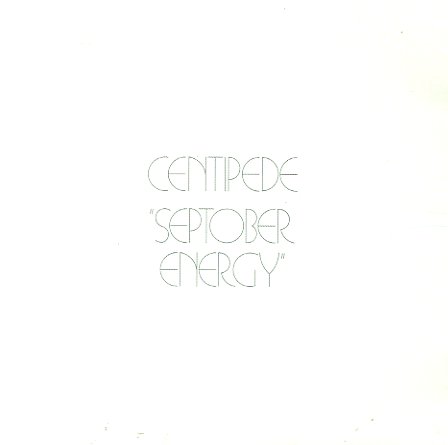 Also available
Centipede — Septober Energy (2CD Japanese paper sleeve edition) ... CD 24.99
A landmark session that gathered together just about every hip British jazz and jazz/rock musician of the time – and brought them together into one super-cool orchestra of sound! Robert Fripp produced the record, and Keith Tippett is the overall music director – but the album's got a feel that's much more in the avant side of the UK jazz spectrum – particularly the trippier side of the Deram/Decca label of the late 60s – like work by Mike Westbrook or Mike Gibbs! The lineup is huge – with Elton Dean and Dudu Pukwana on alto sax, Alan Skidmore and Gary Windo on tenor, Ian Carr and Mongesi Fesa on trumpets, Mark Charig on cornet, Nick Evans and Paul Rutherford on trombone, Keith Tippett on piano, Brian Godding on guitar, Robert Wyatt and John Marshall on drums, and Maggie Nicholls, Julie Tippett, Mike Patto, and Zoot Money on vocals – plus lots of strings as well! Great 2CD version – remastered from the original tapes, with much better sound than previous versions.  © 1996-2022, Dusty Groove, Inc.

Torrid Zone – The Vertigo Recordings 1970 to 1975 (Elastic Rock/We'll Talk About It/Solar Plexus/Belladonna/Labyrinth/Roots/Under The Sun/Snakehips/Alley Cat) (6CD set)
Vertigo/Cherry Red (UK), Early 70s. New Copy 6CD
CD...$34.99 59.99
Seminal sounds from trumpeter Ian Carr and his Nucleus group of the early 70s – maybe one of the few jazz rock groups that was ever able to work with a fair bit of jazz in their sound! Unlike his contemporaries, who often started in rock first, then added some horns – Carr was already ... CD