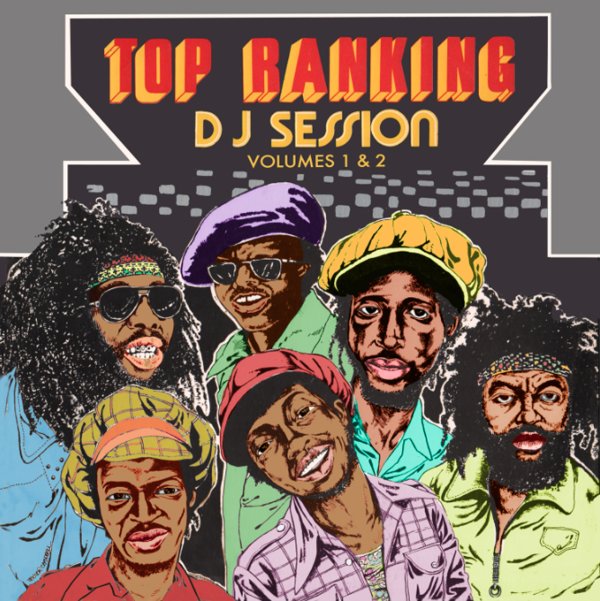 A great overview of DJs from the Jamaican scene of the late 70s – not the big names of international fame, but some of the more underground figures who were really keeping the scene fresh with their lyrical magic! The real star here might well be Joe Gibbs – who produced the whole project, and does a great job of putting together deeply dubby rhythms that echo out with a seductive quality that really pulls you in, even before the DJ starts to speak – a quality that also comes from the superb engineering work of Errol Thompson in the studio! The set begins with material from Vols 1 and 2 of the Top Ranking albums – titles that include "Jah Joy" by Mr Bojangles, "Natty Pass His GCE" and "Too Much Gal Out A Street" by Shorty The President, "Commercial Business" and "Top Ranking" by Trinity, "Trust No Shadow After Dark" by I Roy, "Big Fast Car" and "Equal Rights Style" by Big Youth, "Com Fi Si Yu Daughter" by Jah Thomas, "One Fi The Money" by Clint Eastwood, "Set Me Free" by I Roy, "Kublicon" by Dillinger, and "Gau'wn a School" by U Brown. 2CD set features lots of bonus tracks – 30 titles on CD for the first time ever, out of the 44 on the set – more work by Mikey Dread, Dillinger, Jah Grundy, I Roy, Trinity, Kojak & Liza, Prince Mohammed, Ranking Joe, and others.  © 1996-2023, Dusty Groove, Inc.

Legalize It (with bonus track)
CBS, 1975. New Copy
CD...$4.99 6.98
An all time classic – the first full length set from Peter Tosh after his earlier singles with The Wailers! The record's still one of Tosh's greatest on record – composed, arranged, and produced by Peter himself – a true essential! Tracks that include "Legalize It", ... CD