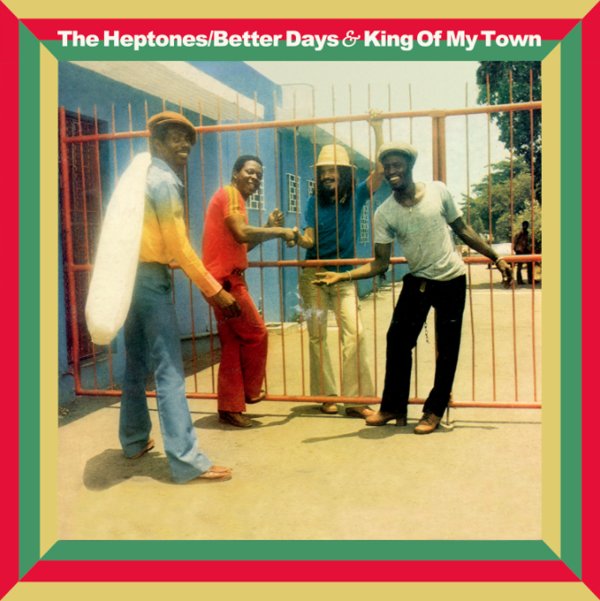 Better Days/King Of My Town (plus bonus tracks)

A pair of later albums from the Heptones – back to back in a single set, with a heck of a lot of bonus material too! First up is Better Days – a late 70s set that has the Heptones' using their soul-styled vocals in a mode that's maybe got a bit more of a roots-oriented approach than before – working with Niney The Observer, who gives the whole set a laidback vibe that really lets the harmonies flow! The approach is a nice bridge between reggae generations, and a strong way to update the group's early style – on titles that include "Mr Do Over Man Song", "God Bless The Children", "Suspicious Minds", "Crystal Blue Persuasion", "Better Days", "No Bread On My Table", and "Key To The Heart". King Of My Town is a great step forward for The Heptones – one that has them really sparkling in a more modern reggae stetting, handled by Niney The Observer – who has a great way of serving up gentle grooves that never overwhelm the vocal interplay of the group! Tunes have more righteous subject matter than before, and titles include "Holy Mount Zion", "King Of My Town", "African Child", "Trials & Tribulations", "Which Side Are You", "Behold", and "Prisoner Girl". 2CD set also features the full rare album Observation Of Life Dub – by Page One & The Observers – plus disco mixes of tunes that include "Losing You", "Holy Mount Zion", "Crystal Blue Persuasion", "Book Of Rules", "Move On", and "Through The Fire I Come".  © 1996-2023, Dusty Groove, Inc.