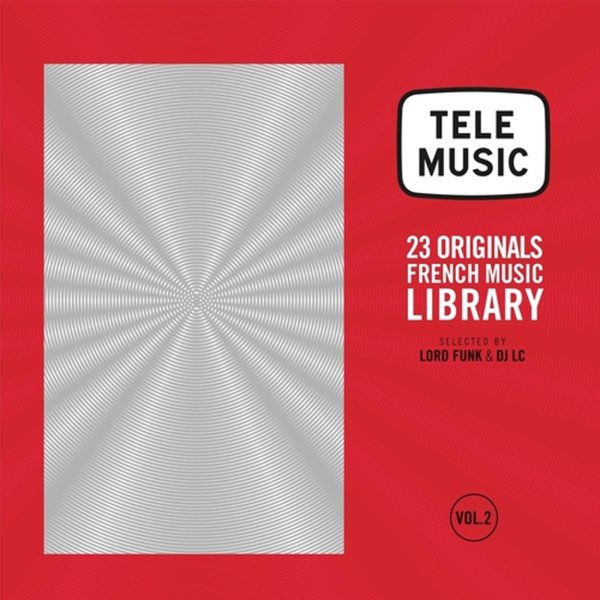 A second stunning helping of grooves from the overlooked Tele Music sound library of the 70s – home to some of the most fantastic work that was being cut on the French scene at the time – much of it by artists who also had a fair bit of backing in jazz! The grooves here are heavy on the kind of cop/crime grooves that you'd know from famous UK labels like KPM or DeWolfe – all hand-selected by Lord Funk and DJ LC, who've clearly spent a lot of time with the Tele Music catalog – and picked all these cuts that have groovy organ lines, funky flutes, riffing guitars, and even some cool wordless vocals! Titles include "Double Polygone" by Sauveur Mallia, "Long Time Playing" by Pierre Alain Dahan & Mat Carrison, "Bass Session" by Guy Pedersen, "Sesame" by Jean Pierre Martin, "Quintett Flash" by Raymond Guiot, "Savage Trumept" by Pierre Dutour, "Nuclear Television" by Michel Gonet, and "Slowrama" by Pierre Alain Dahan.  © 1996-2023, Dusty Groove, Inc.

Musiques Pour L'Image
Transversales Disques (France), 1970s. New Copy
LP...$26.99 29.99
Really funky sounds from Maurice Lecoeur – an overlooked French soundtrack genius of the 70s – and one who worked in territory that was way past familiar standards for film! If you know the music of Francois DeRoubaix, you'll find plenty here to love – because like DeRoubaix, ... LP, Vinyl record album

Trip Around The World (180 gram yellow vinyl pressing)
Stella/Saar Milano (Italy), 1973. New Copy (reissue)
LP...$29.99 36.99
Beautiful sounds from one of the coolest Italian composers of all time – one of our go-to favorites for both soundtrack and sound library material! This set has Alessandro Alessandroni hitting some sweet 70s modes – funky at times, slinky and sexy at others – all with this ... LP, Vinyl record album

America Giovane 2 (180 gram pressing)
Leonardi/BTF (Italy), 1975. New Copy Gatefold (reissue)
LP...$28.99 34.99
America's never sounded better than in the hands of Italian sound library talent Daniela Casa – who does a great job here of serving up all these cool tracks that would have been right at home in a film set during the 70s! The music is a mix of themes that evoke different slices of the ... LP, Vinyl record album

Percussioni In Crescendo (180 gram pressing)
Leo/BTF (Italy), 1971. New Copy (reissue)
LP...$28.99 34.99
A great little album, and one that really lives up to the promise of its title – as most tracks have percussion building up with a rising sense of energy – only to be topped with a nice range of exotic instrumentation too! The approach is a blend of older exotica modes and hip 70s funk ... LP, Vinyl record album

Pop In – Devil's Train (with download)
Montparnasse 2000/Le Tres Jazz Club (France), 1976. New Copy (reissue)
LP...$29.99 32.99
One of the funkiest records of the French scene of the 70s – a now-legendary sound library album from Jacky Giordano – and one that's filled with amazing keyboards throughout! Jacky stars with grooves that are like some of the best Lalo Schfrin crime/cop modes of the early 70s – ... LP, Vinyl record album