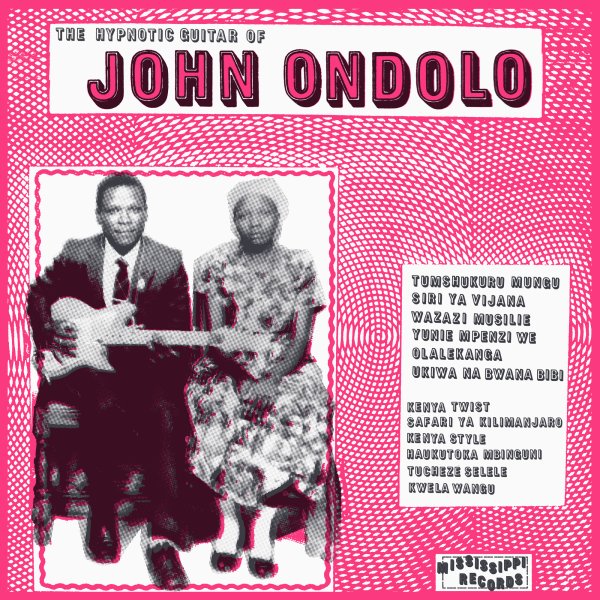 The title here is certainly well-put, as the guitar of John Ondolo is every bit as hypnotic as any of the more adventurous musicians we've loved over the years – and that would include the work of artists like Sandy Bull or Peter Walker! As with both of them, Ondolo has a way of using unusual tunings and phrasing to make the music all his own – familiar at some level, in that he recorded these singles in Kenya, in modes that were still somewhat within the norms – but with a way of handling his instrument that's completely his own, and which makes these tunes completely mesmerizing throughout! Most numbers have vocals and some slight other added instrumentation, but it's always the guitar lines that seem to ring out the strongest – on titles that include "Siri Ya Vijana", "Olalekanga", "Kenya Twist", "Ukiwa Na Bwana Bibi", "Tumshukuru Mungu", "Tucheze Selele", "Kwela Wangu", and "Safari Ya Kilimanjaro".  © 1996-2022, Dusty Groove, Inc.