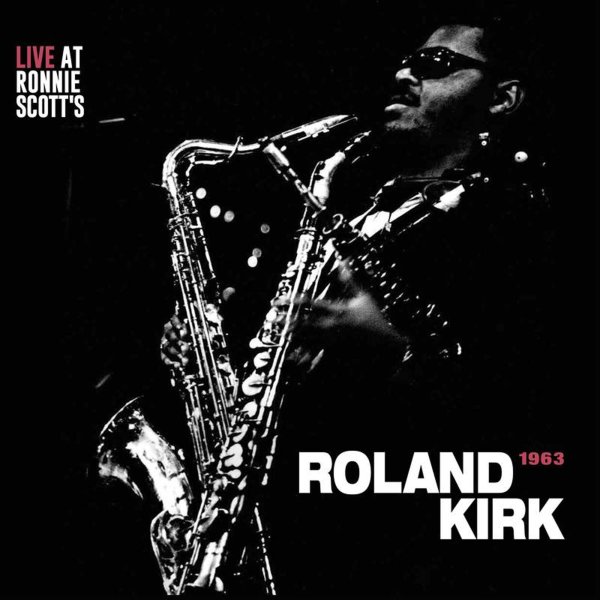 Also available
Rahsaan Roland Kirk — Live at Ronnie Scott's – London 1963 ... LP 31.99
The young Roland Kirk at the height of his powers – recording here on the UK scene, long before he added the Rahsaan to his name – and heading up a very cool combo with the legendary Stan Tracey on piano! Stan's presence here is wonderful – as Tracey was in many ways the Thelonious Monk or Herbie Nichols of the London scene – a modernist piano genius whose accompaniment of Roland here is akin to the work of Jaki Byard on some of Kirk's other albums – as the pair move deftly and wonderfully with the mix of imagination and wit that both of them brought to their music! Rhythm accompaniment is wonderful too – deft drums from Ronnie Stephenson and bass from Malcolm Cecil. Kirk blows tenor, stritch, and manzello – sometimes all three at once – and titles include the long tracks "Angelica", "Days Of Wine & Roses", "Close Your Eyes", and "Three For The Festival".  © 1996-2023, Dusty Groove, Inc.
(With Japanese obi!)