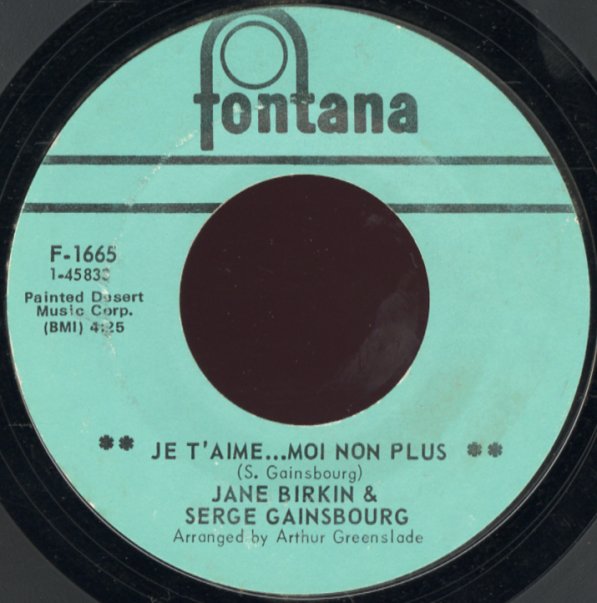 Pure madness – and the original sex groove track by Serge and Jane Birkin! "Je T'Aime" is simply fantastic from the word go – funky bass, moody organ, and some raunchy whispered vocals – and don't miss "Jane B", which has vocals by Jane, excellent piano, and a nice dark sound!  © 1996-2021, Dusty Groove, Inc.
(Label has a bit of pen.)