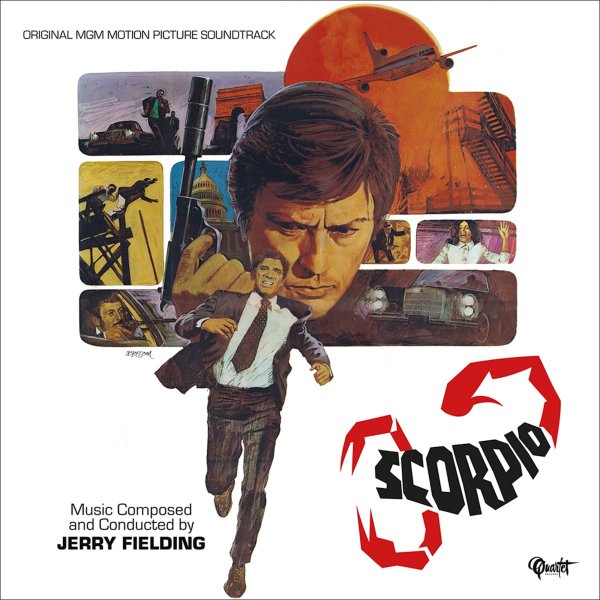 An action score from Jerry Fielding, but one that's done in a great mix of modes – definitely with some of the driving numbers you might expect, but also with these mellower, moodier tracks that are perfect for a film starring Alain Delon – and which really do a great job of linking it to some of his famous French cinematic efforts! Fielding's got his roots in American jazz, and always does a great job with action – but we're even more impressed here as he gets into some more deeply introspective passages, mixed with moments of subtle tension – served up with orchestrations that are completely sublime – and which rival those of 70s soundtrack contemporary Jerry Goldsmith. Jazz artists Lennie Niehaus and Greg McRitchie conducted the orchestrations, which might explain some of their strength – and titles include "The Imperial Vaults", "On The Plane From Paris", "The Russian Wags His Tail", "All Fall Down", "Hide & Seek Underground", and "The Parisian Connection".  © 1996-2022, Dusty Groove, Inc.