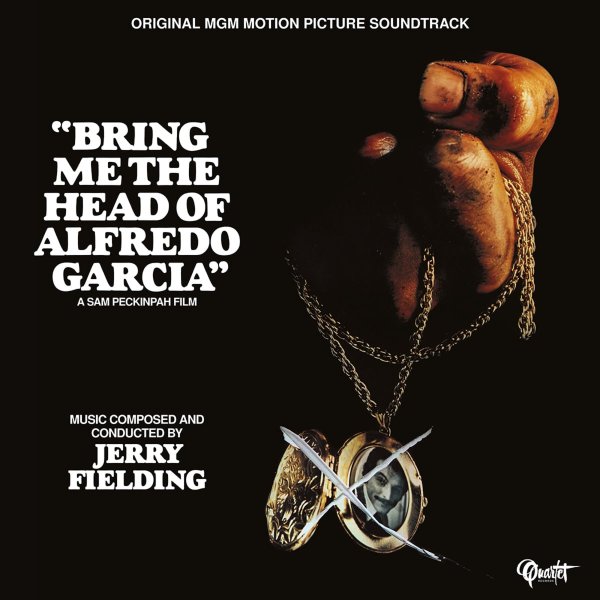 A masterpiece of soundtrack scoring from Jerry Fielding – done for Sam Peckinpah's classic Mexico-set thriller with Warren Oates in the lead! Those other two names are more than enough to get us to needle drop the record – but it's Fielding's music that really captivates us – deep orchestrations that we never would have expected in his work the decade before – handled by Lennie Niehaus and Greg McRitchie, both of whom really unlock these channels of rich tonal colors in the music – while Jerry's score serves up all these nice changes throughout, including some key action moments, a touch of solo guitar flavoring, and other bold elements that really make the record leap from the speakers the way the film leaps off the screen. Titles include "Bring It To Me", "Gathering Information", "Marriage Plans", "Bennie's Revenge", "Killer's Rhapsody", "Requiem For Alfredo", "El Jefe", and "Road Kill".  © 1996-2022, Dusty Groove, Inc.