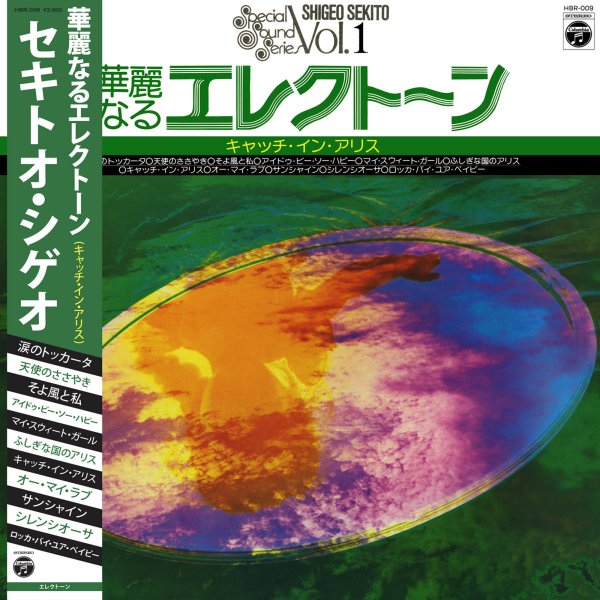 Great keyboards from the Japanese scene – one of those records from the time that's not entirely jazz, but is still pretty darn groovy – as the lead electric lines trip nicely over some mighty nice rhythms! The vibe is nice and laidback – almost like some of the bossa-inspired Italian soundtrack material of the time – and many of the cuts have congas or other percussion in the mix, which gives the whole thing the feel of some of the keyboard classics by Os Cabildos! Shigeo Sekito seems to use a range of different keys – sometimes moogier, sometimes more in a Rhodes mode – and titles include "Toccata", "My Sweet Girl", "I'd Be So Happy", "Silenciosa", "Catch In Alice", "Oh My Love", and "When Will I See You Again".  © 1996-2022, Dusty Groove, Inc.

Research Of Sound
Sounds From The Screen (Italy), 1976. New Copy
LP...$29.99 38.99
We're not sure how much research went into the album – but we can definitely say that's got the sound just right – this sublime variation on Italian studio funk, served up here with all the right elements! The record's got an electric slink that would be right at home on the CTI/Kudo ... LP, Vinyl record album