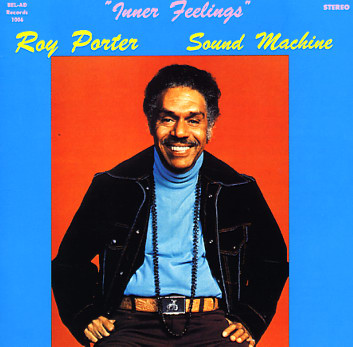 A crazy bit of funk from drummer Roy Porter – a player who first rose to fame during the LA bop years of the late 40s, but who sounds even hipper here in the 70s! The album's got a madly skittish approach to funk – one that's highly rhythmic, but often in unconventional ways – somewhat similar to Redd Holt's excellent albums for the Paula label. Roy plays drums, percussion, and sings a bit – and the grooves run from break-heavy instrumentals to even cooler numbers that bring in more of a sense of flow and soul – really opening things up beyond any simple 70s jazz funk cliches, and hitting some really wicked new territory! Instrumentation includes plenty of great horns, electric piano, guitar, and even a bit of Arp – all used in really inventive and creative ways. Titles include the classic crate-digging favorites "Panama" and "Party Time", plus a vocal version of "Jessica", a cover of Jobim's "Waver-ing", and another nice original called "Funny Feelin'"! Tremendous stuff all the way through – and comes with a very cool 7" single – with the rare vocal version of "Panama", and a DJ Muro edit of the track too!  © 1996-2023, Dusty Groove, Inc.
(Heavy blue vinyl pressing, in gatefold cover with obi, and slide-out sleeve with a bonus 7" single!)