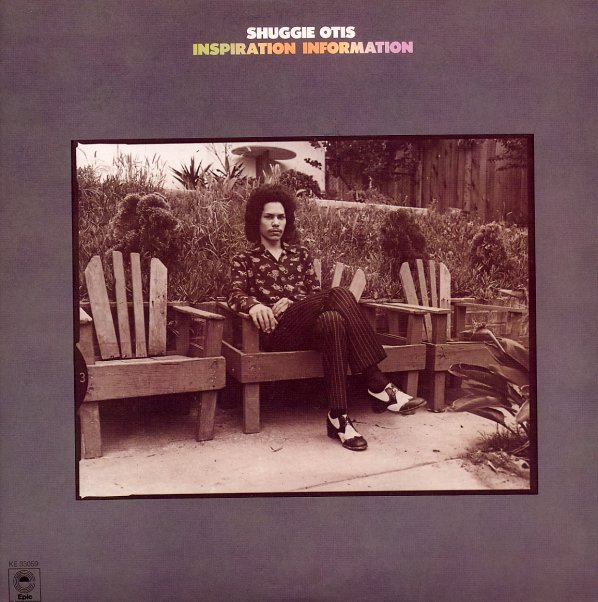 An insanely wonderful album! Shuggie Otis is the son of Johnny Otis – the LA R&B maestro who was moving heavily into funk at the end of the 60s – and he has this tripped out, super-dope guitar style that he played to strong effect on Johnny's albums of the late 60s and early 70s, and on his first two solo albums, which were kind of bluesy in tone. For this album, though, he shocked the world by moving into a stripped-down mode that pairs his guitar with spare drum machine rhythms, flanged-out deeply soulful vocals, and one of the most laidback conceptions of funk you'll ever hear. The album's a landmark – one of those gems that's unlike anything else you can think of, but which will redefine your concept of what you want in a record for years to come. Every track's a winner – and the whole thing's a perfectly unified batch of tunes that includes instant classics like "Inspiration Information", "Island Letter", "Aht Uh Mi Hed", "XL 30", and "Rainy Day".  © 1996-2023, Dusty Groove, Inc.