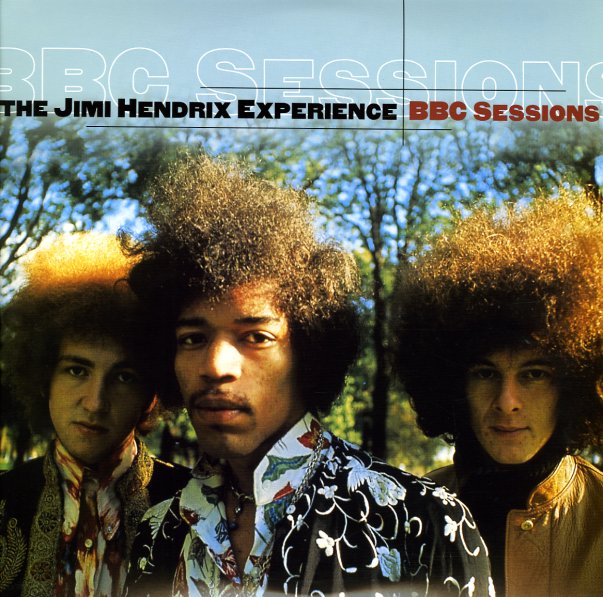 Jimi's legendary live recordings for BBC radio and television – live studio sessions from 1967 to 1969 – remastered from BBC tapes and sounding incredible! Most of the tracks feature the trio of Hendrix, Noel Redding and Mitch Mitchell at their fiery best, on classics like "Foxey Lady", "Fire", "Love Or Confusion", "Purple Haze", "Hey Joe" and more, plus some great, loosier, bluesier performances, such as"Drivin South", "Hear My Train A Coming" and more. The few guest musician appearances are incredibly notable – Alexis Korner plays some slide guitar on "(I'm Your) Hoochie Choochie Man" – and Stevie Wonder plays drums (!!!) on "Jammin" and "I Was Made To Love Her".  © 1996-2022, Dusty Groove, Inc.