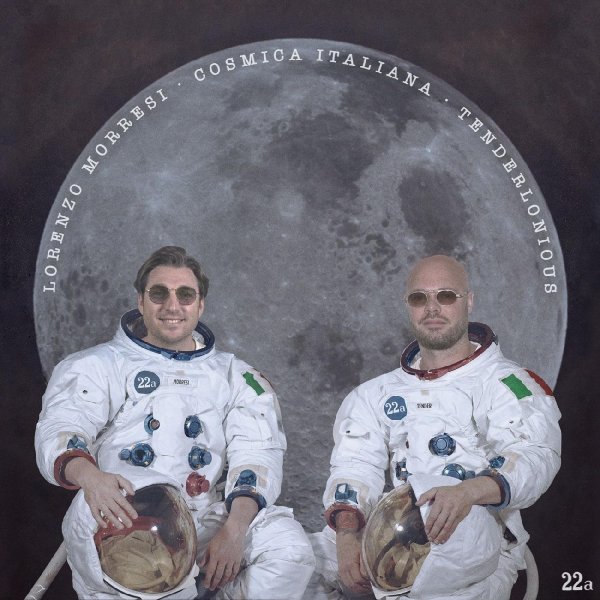 Also available
Lorenzo Morresi & Tenderlonious — Cosmica Italiana ... LP 29.99
British reedman Ed "Tenderlonious" Cawthorne is a player who always seems to give us something fresh and different with each new release – and this time around, he's teamed up with Lorenzo Morresi for a great take on the territory of Italian sound library grooves of years past! The record is plenty darn funk, and has as much sweet keyboard work as it does flute and sax work from Tenderlonious – who himself handles some of the keys, alongside Morressi, who also handles bass and guitar as well! The group's a quartet, with some additional keyboards from Emilio Merone – which will give you an idea of how many keys are at play on the album – on titles that include "Movimento Astratto", "Estate", "Doppio Sogno", "Tema Cinque", "Bazar Milano", "Cosmica Italiana", and "Classico".  © 1996-2022, Dusty Groove, Inc.

Jazz Is Dead 14 – Henry Franklin
Jazz Is Dead, 2022. New Copy
CD...$13.99 14.99
A record with maybe the sharpest edge of any of the titles in this excellent series – a set that's certainly more jazz-based than most, thanks in part to the presence of the legendary Henry Franklin on bass, and some superb work on guitar from the great Jeff Parker! Although Franklin is best ... CD

Jazz Is Dead 11
Jazz Is Dead, 2022. New Copy
CD...$13.99 14.99
A very different entry in this always-great series – one that doesn't focus on a specific artist, or just the instrumentation of the two leaders – but instead has this great range of artists coming together in a very jazz-based style! Things here are even more organic and flowing than ... CD

Drift
Colemine, 2022. New Copy
CD...$11.99 14.99
You've never heard of The Winston Brothers before, but their music is definitely familiar – as the group features players from funk combos Mighty Mocambos, Bacao Rhythm & Steel Band, and Hamburg Spinners – coming together here with an equally great sense of groovy energy! The ... CD