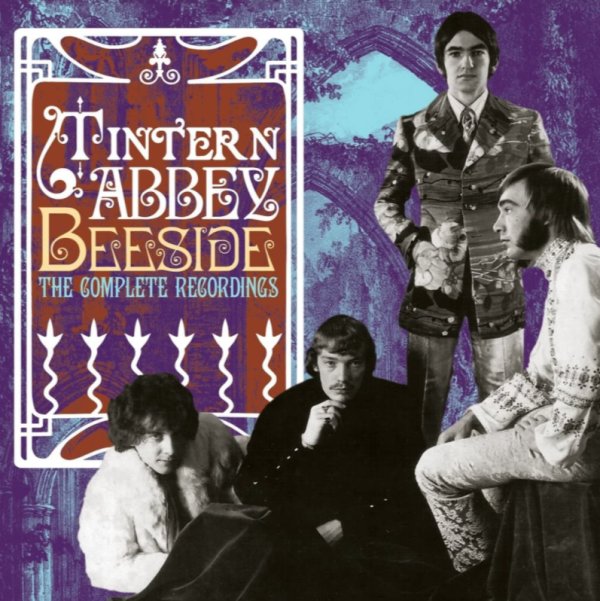 Also available
Tintern Abbey — Beeside – The Complete Recordings ... CD 16.99
A much-needed collection of work from Tintern Abbey – a group who recorded one famous psych single for the Deram label in 1967 – then seemingly disappeared from the scene before giving the world any sort of a full album! This set corrects that mistake, and then some – as it brings together lots of other tracks recorded by the group, including material designed for a follow-up, and lots of other gems that appear here for the first time ever – a really magnificent batch of music that may well have you putting Tintern Abbey right up there next to some of your favorite late 60s London psychedelic acts! They're not entirely Pink Floyd, but they've got more than enough chops to match the rest of the best of that heady late 60s moment – freaky fuzzy guitar when needed, a great sense of presentation and production, and a really dark sensibility with both the lyrics, and the way they are phrased – which makes even some of the demo tracks come across beautifully. 2LP set features 24 tracks in all – including "How Do I Feel Today (Decca acetate)", "Beeside (Deram single)", "Bodmin Blow", "Tanya", "My Prayer", "let The Wind Blow", "Stickleback", "Busy Bee", "Do What You Must", "Mrs Daisy (Polydor version)", "Blue Pants", "Witchcraft", "Vacuum Cleaner (Deram single)", "Magic Horsemen", and "Life Goes By".  © 1996-2023, Dusty Groove, Inc.
(Limited edition purple vinyl pressing!)

Tragic Figures (2LP red vinyl pressing – with bonus tracks)
Independent Project/Real Gone, 1982. New Copy 2LP Gatefold
LP...$42.99 44.99
An incredible early album from the LA scene – very different than the hardcore and the new wave that was dominating the city at the time – and done in a style that's much more UK post-punk overall – almost with a feel that's like some of the best early releases on Factory Records! ... LP, Vinyl record album