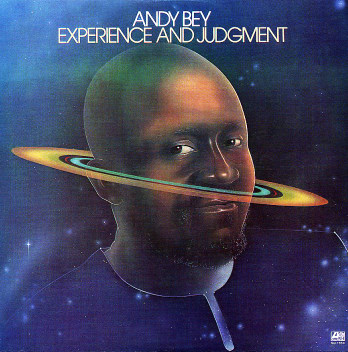 An incredibly righteous record from the legendary Andy Bey – an artist who's risen back to fame in recent years as a relatively straight jazz singer – but who was in some very heady territory here in the early 70s! Bey first rose to fame as part of the vocal trio, Andy & The Bey Sisters – and while that group's 60s recordings were already wonderful, Andy soon stepping out into tremendous territory of his own – working with Max Roach, Horace Silver, and Gary Bartz – and adding some unique spiritual and socially conscious vocals to some of their best jazz records at the end of the 60s! This set's one of Andy's few solo moments from the time – and really follows up the groove strongly – with lots of help from the mighty William Fischer, who wrote some of the tracks, and plays keyboards – although Bey is clearly the main compositional force here. The album includes a remake of "Celestial Blues", which Bey recorded famously with Gary Bartz – and which is in a leaner, even funkier take here – and other titles include "Being Uptight", "Tune Up", "Hibiscus", "Experience", and "The Power Of My Mind".  © 1996-2022, Dusty Groove, Inc.
(Limited edition of 1000 – on "Sea Blue" vinyl!)