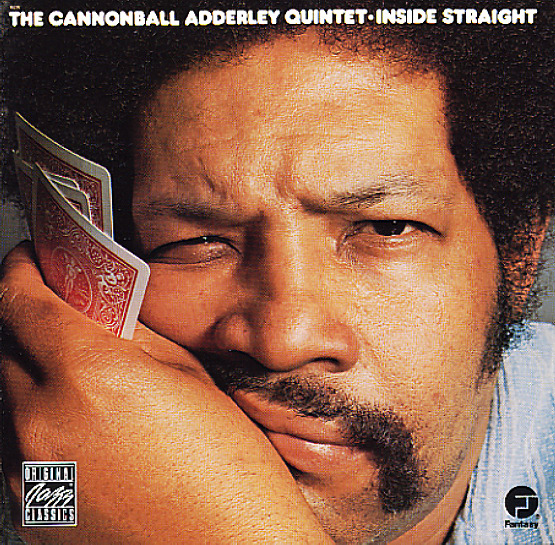 One of Cannonball Adderley's late funky sessions for Fantasy – and a record that still features some mighty heavy production from David Axelrod! The album's got that core groove that Axe and Cannon first crafted together at Capitol in the 60s – but the sound here has some definite 70s touches too – a bit more emphasis on electric piano, played here by Hal Galper – and rhythms that are even funkier than before! Other players include Nat Adderley on cornet, Walter Booker on bass, Roy McCurdy on drums, and King Errison on percussion – and titles include the excellent "Snakin' the Grass", which is just ripe for samplin', plus some other good grooves like "Second Son", "Saudade", "Five Of A Kind", and "Inside Straight".  © 1996-2021, Dusty Groove, Inc.
(Original pressing – a nice copy!)