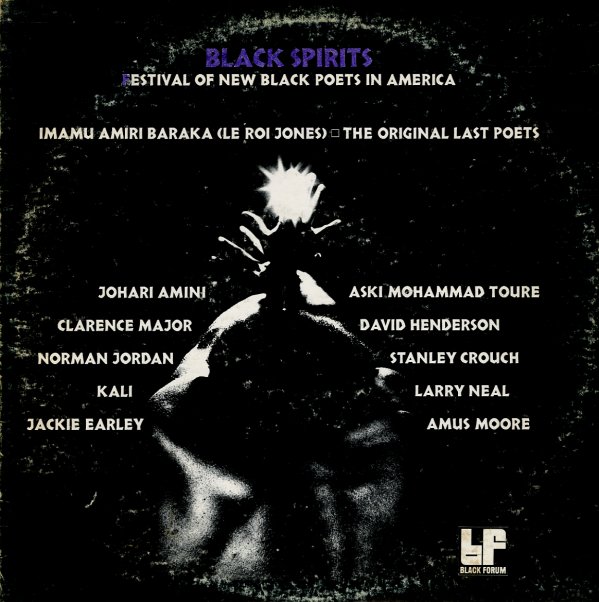 One of a handful of righteous classics issued on Motown's Black Forum imprint in the early 70s – and a set that's maybe even more righteous than the rest – as it features a whole host of message-oriented tracks put together by the poet Amiri Baraka! The set was recorded live at the Apollo – and features both artists who have become legends in African American expression, and others who've not gotten their due over the years, but who are preserved wonderfully here in the setting of the performance – which bristles with a raw energy that's very different than some of the more good time records recorded at the legendary venue the decade before. Titles include "Black Is" and "What's Happening To The Heroes" by Kali, "A Folk Fable For My People" by Johari Amini, "Boppin" by David Henderson, "The Poet The Dreamer" and "Brothers The Struggle Must Go On" by Norman Jordan, "Notes From A Guerilla Diary" by Aski Mohammad Toure, "See Her Image In The River" by the Original Last Poets, "Pimp's Last Mack" by Stanley Crouch, "One Thousand Nine Hundred & Sixty Eight Winters" by Jackie Early, "Hip Men" by Amus Moore, and "Holy Days by Larry Neal.  © 1996-2022, Dusty Groove, Inc.

Free Huey (red vinyl pressing)
Black Forum/Motown, 1970. New Copy (reissue)
LP...$24.99 26.99
One of the few documents of the righteous oratory power of Stokely Carmichael – a record that puts him right up there in territory of famous speeches recorded by Malcolm X and Martin Luther King! As you'd guess from the title, the album is partly a call for release of Huey Newton from ... LP, Vinyl record album