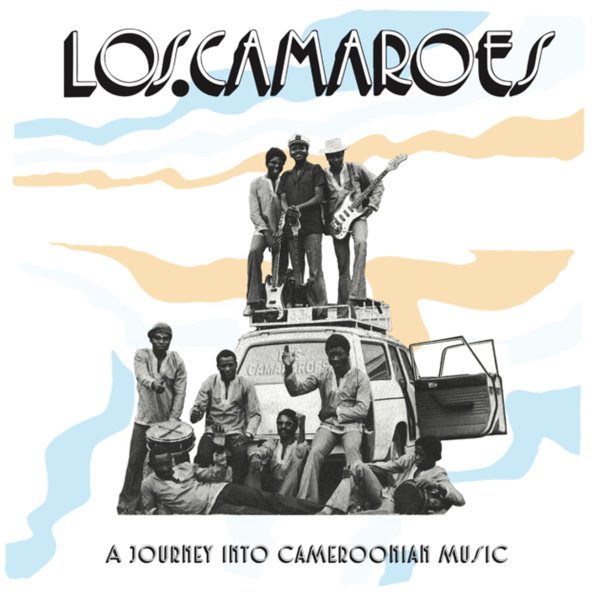 One of the funkiest groups we've ever heard from the Cameroon scene – a combo who play with a super-tight sound that often has as much interplay between the vocals as the instruments at the core! As you'd guess from the three guitarists on top of the van in the cover, the group's sound is heavy on guitars – often riffing in these funky ways as the players seem to challenge each other, and create this great flow that moves between American funk and more homegrown styles. Vocals come fast and furious, and often shift between group members – really keeping pace with the energy of all the other instruments too. Titles include "Boo A Nun Muna", "Special Nkumu Asenge", "Kodi", "Pitie", "Kundug Bidza Bidza", "Annie", "Bia Tak Ayi Los", and "Esele Mulema Moam".  © 1996-2022, Dusty Groove, Inc.
(2019 pressing, still sealed with hype sticker indicating a download card. One bottom corner is slightly bumped, but rest is great.)