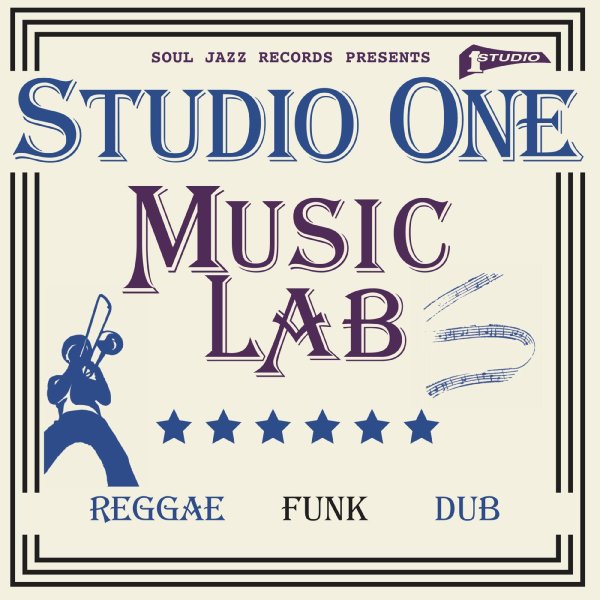 This might be the first time we've ever heard the phrase "Music Lab" attached to the legendary Kingston powerhouse Studio One – but the name definitely fits, as they company was always a hotbed of new musical experimentation! And while some of the company's most famous contributions came in the late 60s and early 70s, this set looks at some even more experimental years farther on in the 70s – with currents of dub and the new sort of spirituality that was flowing through the Jamaican scene – served up here not in too-familiar roots reggae modes, but instead a whole host of really interesting, really different styles! The work still holds strongly in the Studio One tradition, and a number of the artists are ones you'll know from older, straighter recordings – but the set is also a really illuminating look at these sometimes overlooked years. Titles "People Make The World Go Round (version)" by Hortense & The Sound Dimension, "Far Beyond (version)" by Leroy Wallace & The New Establishment, "Go For Yourself" by Lennie Hibbert, "Summertime" by Roy Richards, "Tenor Man Trip" by Roland Alphonso, "Glory To Sound" by Cedric Im Brooks, "Dread Head" by Pablov Black, "Forward To Jah (part 2)" by The Jay Tees & Brentford Rockers, "World Is A Ghetto" by Brentford All Stars, "Chainey Roots" by Dub Specialist, and "Sunshine Of Your Love" by Jackie Mittoo.  © 1996-2022, Dusty Groove, Inc.
(Includes download!)