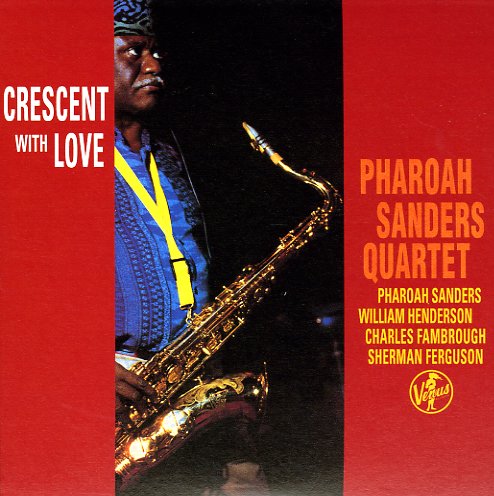 A wonderfully majestic album by Pharoah Sanders – sort of a follow up to his Welcome To Love album of ballads and standards, but handled with a bit more of the expansive soul of some of his other recordings. Like that previous album, this one has Pharoah playing tenor in a quartet with William Henderson on piano – but the difference here is that Sanders has chosen a deeper, darker set of material – one that includes a few strong Coltrane originals, which are done in freely flowing versions that take along the other tracks with their energy. Titles include "Lonnie's Lament", "Wise One", "Naima", "Crescent", and "After The Rain". This is the single LP version – presented with 2 more bonus tracks than the original album, but less than the later double CD version.  © 1996-2022, Dusty Groove, Inc.
(Out of print.)