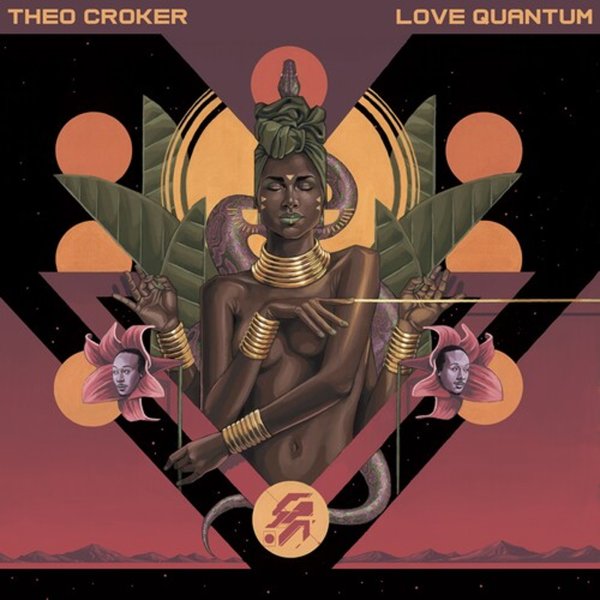 Also available
Theo Croker — Love Quantum (180 gram gold vinyl pressing) ... LP 30.99
Maybe the moodiest record we've ever heard from trumpeter Theo Croker – a set that blends together his earthy Afrofuturist experiments with other electric horn-based modes – maybe currents of 70s Miles or Jon Hassell, but served up in much more soul-based territory overall! Many cuts have vocals – from singers who include Jamila Woods, Jill Scott, and Teedra Moses – which are often muted, and folded into the electric mix – so that the lyrics are just one more shimmering texture of sound, amidst the blend of keyboards, organ, alto, and other instrumentation on the set. There's also plenty of guests along the way – including Gary Bartz and Kassa Overall – on titles that include "Jazz Is Dead", "Royal Conversation", "To Be We", "She's Bad", "Humanity", "Divinity", and "Cosmic Intercourse (part 2)".  © 1996-2022, Dusty Groove, Inc.