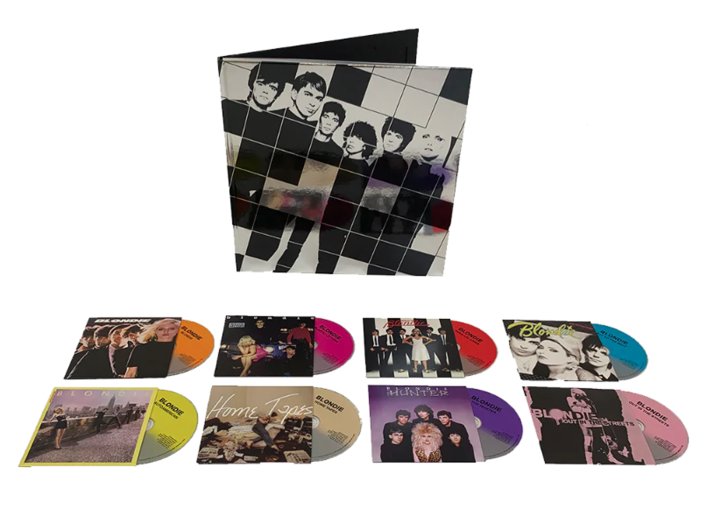 Way more than just another look at the music of this legendary group – as the huge package brings together a wealth of rare material, including 36 tracks that appear here for the first time ever – all wrapped up in a beautiful package with a huge set of notes, photographs, and other information too! Erin Osmon serves up a massive oral history of the group, worth the price of the box alone – and there's also interviews and discographical information too – far more than you usually get with a box set of this nature. But honestly, the real charm is all the great unreleased material, added to the too-small catalog of the group's work from these classic years – Titles that include "I'll Never Break Away From This Heart Of Mine", "I Love You Honey Give Me A Bear", "Live It Up (Giorgio Moroder demo)", "Will Anything Happen (inst)", "Spaghetti Song (Atomic part 2)", "Once I Had A Love (Mike Chapman demo)", "Denis (Terry Ellis mix)", "Underground Girl", "Call Me (Chris Stein mix)", "Hardest Part (home tape)", "Theme From Topkapi (home tape)", "Mr Sightseer", "Ring Of Fire (home tape)", "Tide Is High (demo)", and "Susie & Jeffrey". 8CD version also features the full original albums on CD, remastered, and expanded with bonus tracks – with a huge 12" square hardcover book with notes, 128 pages in all!  © 1996-2023, Dusty Groove, Inc.

Greasepaint Smile
Numero, 1969. New Copy
CD...$7.99 15.98 (CD...$6.99)
The unreleased second album from Elyse Weinberg – a very hip LA singer/songwriter from the late 60s canyon scene working here with guest help from top-shelf talents who include Neil Young, Nils Lofgren, and JD Souther! Yet despite the presence of these giants, the album's very much Weinberg's ... CD