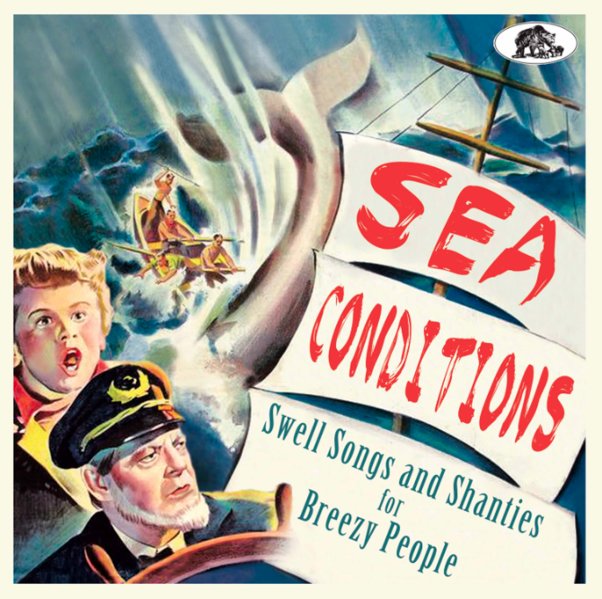 A really weird little collection – and we mean that in the best way possible – not the sea shanties you might guess from the title, and instead a whole host of ocean and ship-themed tracks from the glorious days of postwar music! The styles here are heavy on modes from folk music, but the set also includes a nice assortment of rock, pop, and country artists too – maybe a similar mix to the one you'd find on other Bear Family collections of this nature, but with a slightly different vibe overall – given the themes! Titles include "Treasure Island" by Gary Mills, "Sailing Away On The Ocean" by Jimmy Driftwood, "With You My Johnny" by Kingston Trio, "My Bonnie" by Cliff Bruner, "Windjammer" by Easy Riders, "Erie Canal" by Roger Wagner Chorale, "La Paloma" by Hank Snow, "Sailor" by Petula Clark, "La Mer" by Charles Trenet, "Fisher's Hornpipe" by Pee Wee King, "Mackerel Fleet" by Terry Gilkyson, and "Drunken Sailor" by Leonard Warren.  © 1996-2023, Dusty Groove, Inc.