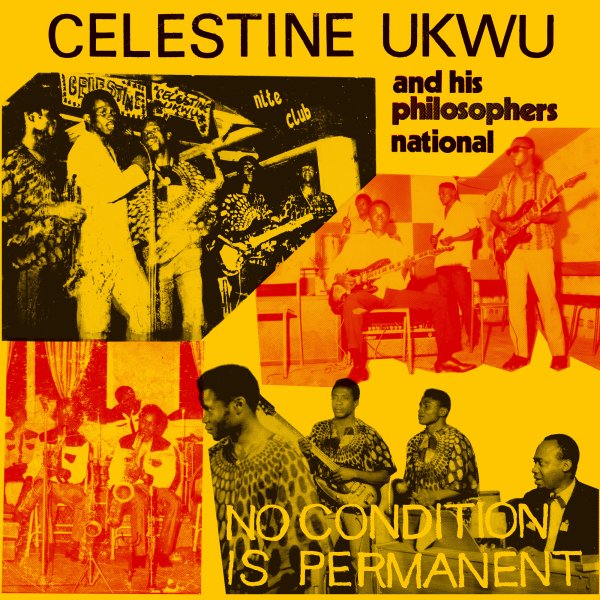 Seminal sounds from the Nigerian scene at the start of the 70s – music from the key figure of Celestine Ukwu, an artist who helped to reinvigorate the highlife style of years past, and pave the way for Afro Funk changes in years to come! Celestine's sound is nice and lean here – very rhythmic, with the guitar wrapped around the percussion and basslines in beautifully snakey action – while the vocals also have a quality that's maybe more personal than before – at points almost the raspy intimacy we love in some Brazilian singers! The package brings together work from three different albums from the early 70s – all long tracks that include "Tomorrow Is So Uncertain", "Onwunwa", "Ejina Uwa Nya Isi", "Ilo Abu Chi", and "Okwukuwe Na Ncheckwube".  © 1996-2023, Dusty Groove, Inc.
(Comes with a cool insert of notes!)