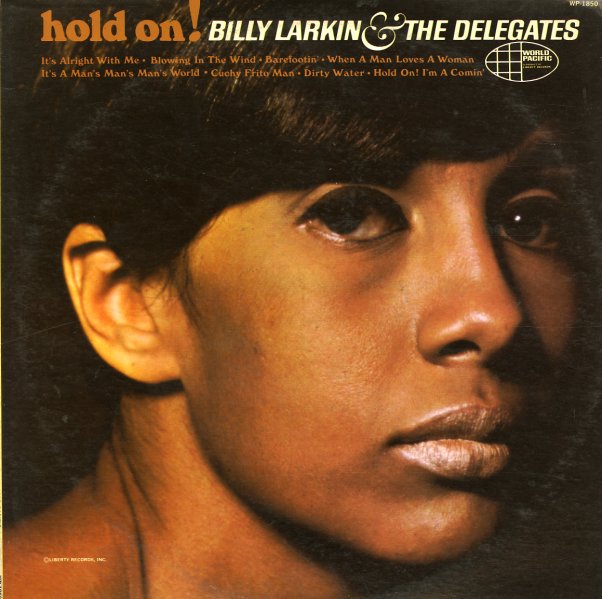 Classic small combo organ grooves from Billy Larkin and his mighty Delegates! This LP has Billy moving into a bag in which he's covering more 60's soul hits (as he did in his later career for World Pacific), but the groove is still pretty solid, and the album's still got few good original tracks. Tracks include "Dirty Water", "Jenne", "Cuchy Frito Man", "Hold On! I'm Comin", and "It Ain't Necessarily So".  © 1996-2022, Dusty Groove, Inc.
(Stereo pressing with deep groove. Vinyl plays with some surface noise and occasional pop. Cover has a light stain along the bottom, with a split seam and some peeling.)