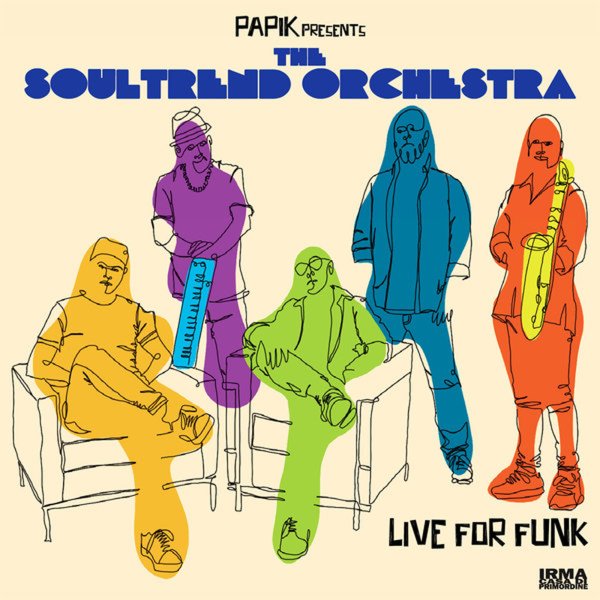 The Soultrend Orchestra are back, and teamed up nicely with Papik this time around – on a record that takes their 70s-styled work, and gives it a slight clubby spin – of the sort that first made us fall in love with the Irma Records label so many years ago! Most instrumentation is live, and has the warmth of a funky jazz combo – but there's also some rhythms that are more contemporary at times, especially on some of the vocal numbers – delivered by guests who include Frankie Lovecchio, Randy Roberts, Alan Scaffardi, and Al Castellana. Titles include "Trying", "3 Of A Kind", "Live For Funk", "It's Gonna Be Alright", "Speed Date", "Your Love Keeps Me Groovin", "Spread Your Love Around", and remakes of the classics "Outstanding" and "Get Down Saturday Night".  © 1996-2022, Dusty Groove, Inc.