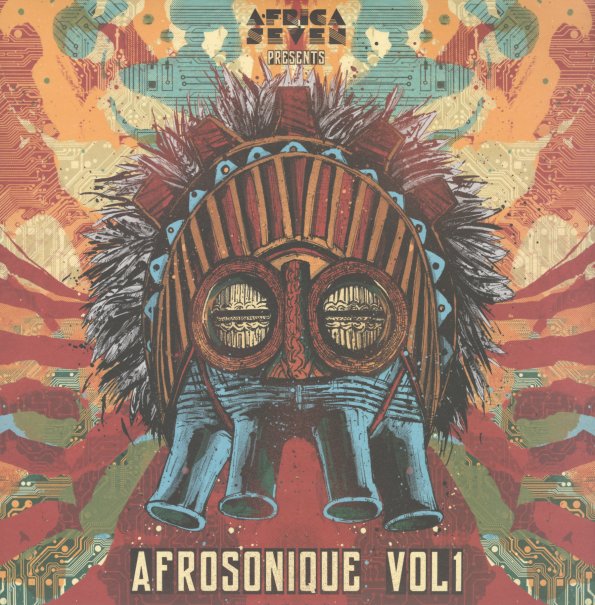 The first installment in a series that we hope to hear from often in years to come – as it offers up new remixes of older African funk tracks from the 70s – but all in a way that crackles with the best contemporary energy of the London scene! Most of the material was issued in the original form by other album projects from the Africa Seven label – but the cuts here are completely changed up, and their original rhythms expanded in ways that really show a 21st Century level of complexity – and there's also a bit of added instrumentation too. The sound is excellent – almost a post-4Hero take on Afro Funk – and titles include "Soul Castle (Silkie edit over dub)" by Ekambi Brillant, "Jokenge (IG Culture edit)" by Afro National, "Zinabu (Moody Boyz edit refix)" by Bunzu Soundz, "Bgkouala Niklouala (Redpine & Solo edit over dub)" by Bozambo, "Les Cavaliers (Plaid edit over dub)" by Manu Dibango, "Rhythm On Rhythm (DJ Food chop-up)" by Sookie, "Nnom Mot (Ry9n & Knid edit over dub)" by Douglas Mbida, and "Nani Nani (Appelblim edit over dub)" by Sorry Bamba.  © 1996-2022, Dusty Groove, Inc.

Jazz & Milk Breaks EP
Jazz & Milk (Germany), 2008. Very Good+
LP...$11.99
Jazz and Milk are a surprisingly great combination in this set of tasty break tracks – a batch of cuts that are clearly assembled in the studio, but also have a fair bit of funky energy too! The style here is much more complicated, and much more tuneful than the usual breaks-only project ... LP, Vinyl record album