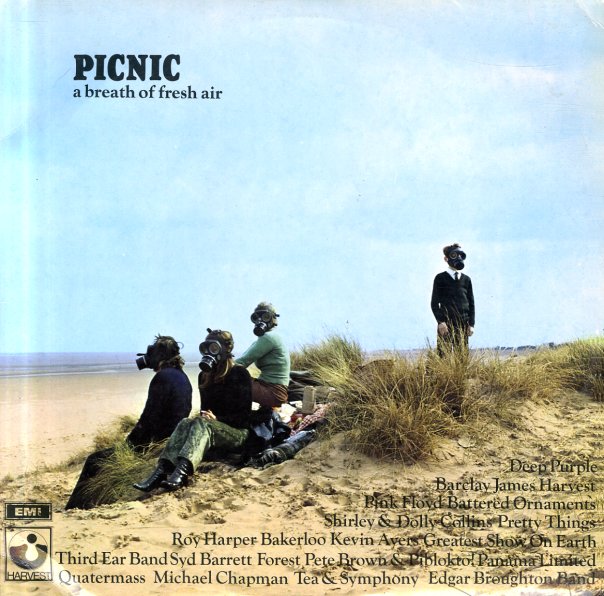 A very cool collection of early work on Harvest Records – a wonderful showcase of the way that branch of EMI Records was helping to create some crucial changes on the UK scene at the start of the 70s! The album's maybe most noteworthy for its inclusion of the rare Pink Floyd song "Embryo" – but the whole thing's great, and filled with hip gems that include "Octopus" and "Baby Lemonade" by Syd Barrett, "Rainmaker" and "Soulful Lady" by Michael Chapman, "Song From The Bottom Of The Well" and "Lady Rachel" by Kevin Ayers, "October 26" and "Grass" by The Pretty Things, "Druid One" by Third Ear Band, "Breathe" by Roger Waters, and "Careful With That Ax Eugene" by ink Floyd.  © 1996-2022, Dusty Groove, Inc.
(Limited edition of 500!)