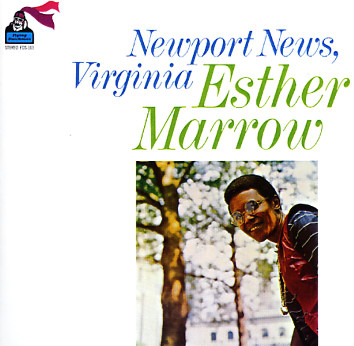 A real landmark of bad-walking soul – one of two rare albums cut by vocalist Esther Marrow, easily one of the hardest singing sisters of her generation! Esther's got roots in gospel, but she's singing here in a righteous mode that features plenty of funky undercurrents in the backings – a style that hits harder than work by Aretha Franklin or any of the better-known female singers of the time – and which holds up beautifully over the years! Many tracks here are obscure ones, arranged tightly by Artie Butler and Gene Page, both of whom do a great job of blending fuller orchestrations with tighter drums on the bottom – giving the record a good kick on most tracks, but still shading in the tunes with enough sophistication to match Esther's interpretation of the work. As hard-hitting as Marlena Shaw during her best years at Cadet – with titles that include "No Answer Came", "Money Honey", "Walk Tall", "Peaceful Man", "Hello Brother", "Chains Of Love", "It's A Long Night", and "He Don't Appreciate It".  © 1996-2023, Dusty Groove, Inc.