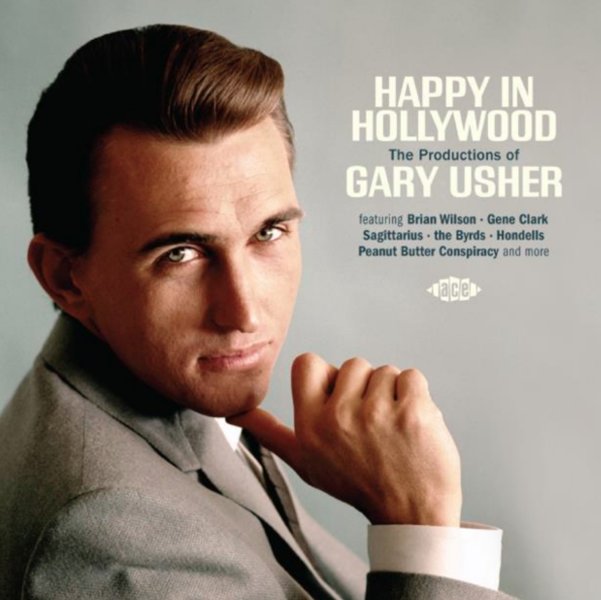 Happy In Hollywood – The Productions Of Gary Usher

Killer California sounds from the 60s – all served up by studio wizard Gary Usher – a legendary talent who worked in the same generation as Brian Wilson and Phil Spector, but never got as much time in the spotlight! That was all OK with Gary, though – as he spent endless hours creating wonderfully groovy records – including some key cuts by big names, overlooked gems from the Sunshine generation, and a few that were completely cooked up in the studio by acts who never existed in the real world at all! The sound here is fantastic – really unified, and one of the richest tapestries of SoCal studio genius we've ever heard – all put together with detailed notes that finally tell the whole story behind Usher's work and so many of these tracks. 24 titles in all – with tracks that include "Same Girl" by The Neptunes, "My World Fell Down" by Sagittarius, "Go Go Getter" by Keith Green, "So You Say You Lost Your Baby" by Gene Clark, "School Is A Gas" by The Wheel Men", "Sunstroke" by Chad & Jeremy, "I Don't Wanna Say Goodnight" by The Forte Four, "Happy In Hollywood" by California, "It's A Happening Thing" by The Peanut Butter Conspiracy, "Codine" by Sean & The Brandywines, "You Ain't Going Nowhere" by The Byrds, "Just One More Chance" by The Hondells, "Baby What I Mean" by Spiral Starecase, and "Take My Hand" by Sons Of Adam.  © 1996-2022, Dusty Groove, Inc.