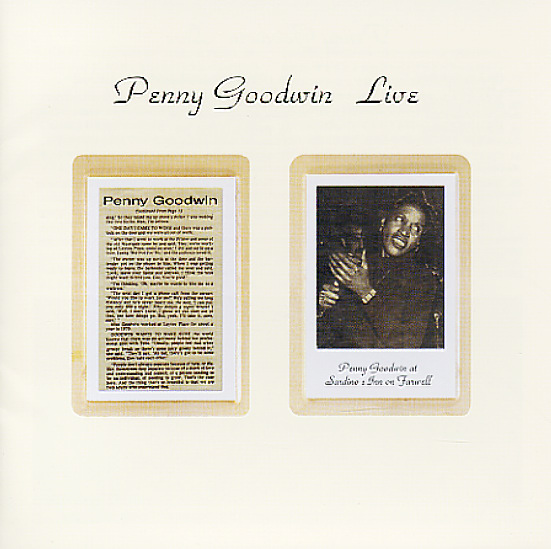 A rare session from indie soul legend Penny Goodwin – a previously unissued live performance from 1974, featuring small combo backing in a sweet and jazzy mode! Penny's got a voice that's instantly recognizable – a bit raspy, in the mode of Esther Phillips – but cooler and more sophisticated, with a Marlena Shaw-like hipness that really fits the tracks on the set. Most of the numbers are traditional jazz standards, swung by Penny and a small piano trio – in a mode that's a lot more intimate than, but equally soulful to, the fuller backings used on her classic Portrait Of A Gemini album. Titles include "What's Going On", "Inner City Blues", "Midnight Sun", "Little Girl Lost", "On A Clear Day", "Day Dreaming", and "Where Is The Love".  © 1996-2023, Dusty Groove, Inc.
(First time on vinyl – great Japanese pressing, with obi!)