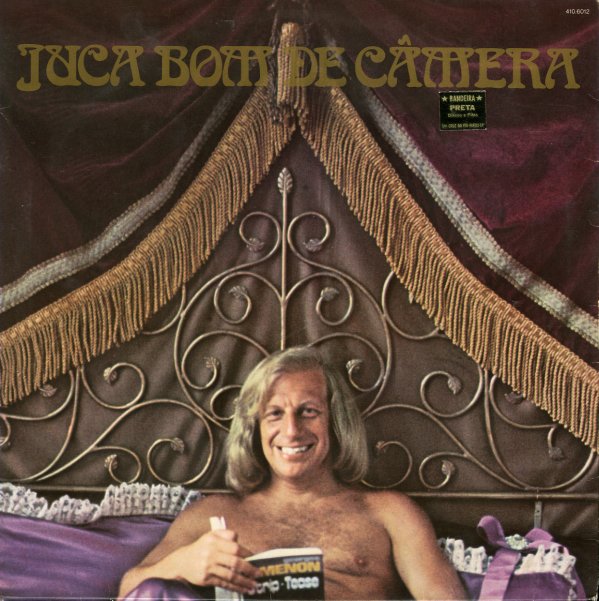 Juca Chaves relaxes in bed on the cover, but he's actually sounding a bit more formal throughout the album – working with great arrangements from Radames Gnatalli, always heavy on woodwinds – and with a sophisticated style that brings a lot to his music. The clarinets and other woodwinds give things a mature set of tones and colors – and titles include "Cantiga Para Yara Dormir E Sonhar", "Nos Irracionais", "A Cumplice", "Cantata Para A Condessa Alessandra", "Que Saudade", and "Por Quem Sonha Ana Maria".  © 1996-2022, Dusty Groove, Inc.