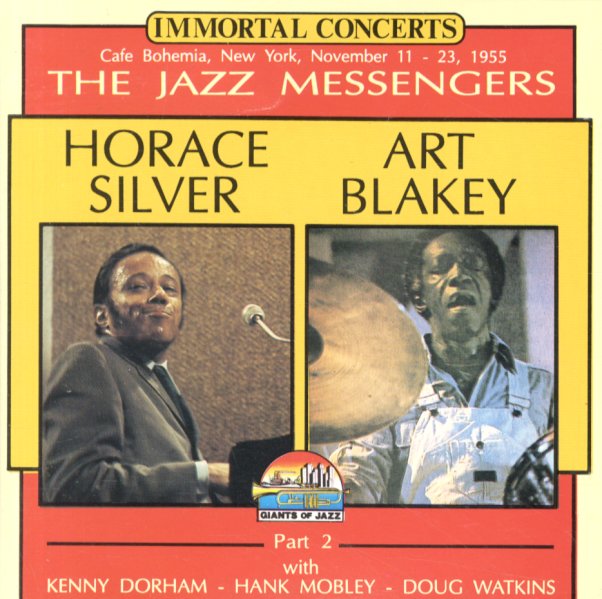 A classic early material from the Jazz Messengers back when the group was less of an Art Blakey project, and more of an all-around affair – as you might guess from a lineup that also includes Horace Silver on piano, Kenny Dorham on trumpet, Hank Mobley on tenor, and Doug Watkins on bass! The live set is one of the earliest and purest versions of Blakey's hardbop vision, touched with the slightly exotic lyricism of Silver, which gives the tracks a wonderful edge. Tracks include "Yesterdays", "Lady Bird", "Hank's Symphony", "Gone With The Wind", "Lady Bird", and "Prince Albert".  © 1996-2022, Dusty Groove, Inc.

New York Scene
Concord/King (Japan), 1984. Used
CD...$6.99 9.99
Overlooked genius from Art Blakey's 80s years – a time when he was recording for a variety of smaller labels, but turning out work that was every bit as fresh and vibrant as his sides from the 60s and 70s! As always with the Jazz Messengers, the group's filled with up-and-coming jazz talents ... CD

Art Blakey & The Jazz Messengers En Concert
Europe 1, 1961. Used 2 CDs
CD...$8.99
Excellent lost live work by Art Blakey – playing here with one of the best-ever versions of the Jazz Messengers! The frontline is held down by Wayne Shorter, Bobby Timmons, and Lee Morgan – the firey trio who put Blakey's group on the map as one of the best-ever hardbop ensembles of ... CD